Infectious illnesses can present a big risk to our health. That is why is important to try to prevent them by having a healthy lifestyle and making sure that we get vaccinated against certain diseases.

Read up on the subject here and then try this quiz,

How to cure infectious illnesses

The most important treatments include:

Serum therapy or serotherapy: Based on the injection of antitoxins or serum containing specific antibodies which have been produced by another person or animal to an ill patient who may need them quickly, for example in the case of having tetanus or rabies.

Drug therapy: Based on the administration of chemical substances or medicines. These are drugs that act against microbes. The most important of those are antibiotics.

Diseases that originate by other causes that are not micro-organisms. These diseases usually have more than one cause, ranging from the environment to the person´s genes and lifestyle. The most important are:

* Diseases that affect the normal functioning of systems or apparatus, such as coronary heart diseases or respiratory diseases.

*Traumatic diseases, such as sport injuries, or domestic, traffic or work accidents.

* Endocrine and metabolic diseases: these are caused by excessive or deficient secretion of a hormone or by malfunctions in the metabolic reactions within the body’s cells. Examples include some forms of obesity and diabetes.

* Deficiency diseases: a poor diet may deprive the body of some essential substances; such as anaemia (iron deficiency) or goitre (iodine deficiency).

* Psychological / mental disorders: changes in the working of the brain may lead to abnormal behavior, such as. Schizophrenia, depression, anorexia and bulimia.

* Genetic diseases which are present at birth and are caused, at least in part, by a genetic disorder (the affected person’s genes), e.g. certain types of blindness. Those diseases caused by a genetic defect that a person inherits from their parents are called hereditary diseases. Some of this type of diseases can be limited or prevented by adopting certain healthy habits.

* Cancer: It is a type of disease where a group of cells show uncontrolled and rapid division, invading and destructing other tissues, and sometimes metastasise (spread to other locations in the body via lymph or blood).giving rise to a mass of abnormal cells known as a tumour, that invade and kill other cells.

There are 2 types of tumours:


To prevent cancer, here is some advice for you to take:

-Have healthy life habits.
-When you reach a certain age, ensure you have regular medical check-ups.
(Samantha, 2012) 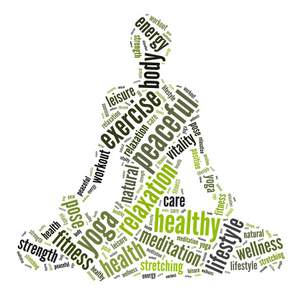 How to prevent non-infectious illnesses.

* Have a healthy diet.

* Have regular medical check-ups after you reach middle age.

* Get enough rest. Avoid too much stress.

Check your knowledge by taking this quiz.
Task 1XX: Research diseases that are directly related to an unhealthy diet and summarise your research with in-text referencing in your NSD.

Extension: Suggest why we need to eat.