The structure of the nucleus and its functions

The nucleus​ is a membrane bound structure that contains the cell’s hereditary information and controls the cell’s growth and reproduction.
- It is the command center of a eukaryotic cell and is commonly the most prominent organelle in a cell.
- The nuclear envelope is a double membrane that separates the nucleus from the cytoplasm.
- The nuclear envelope is perforated with numerous pores called nuclear pores.
- All traffic into and out of the nucleus passes through nuclear pores. Inbound traffic includes all nuclear proteins and ribosomal proteins destined for the nucleolus. Outbound traffic includes mRNAs and ribosomal subunits.
- Chromosomes consist of DNA, which contains heredity information and instructions for cell growth, development, and reproduction. When a cell is “resting” i.e. not dividing, the chromosomes are organized into long entangled structures called chromatin and not into individual chromosomes.
- The nucleolus is not surrounded by a membrane, its function is to synthesize ribosomes. 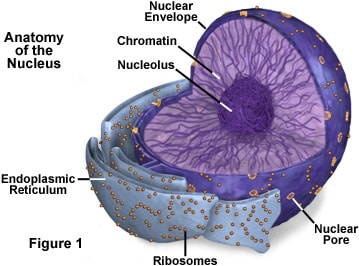 Functions of the nucleus

They are different arrangements of GENETIC MATERIAL found in the cell 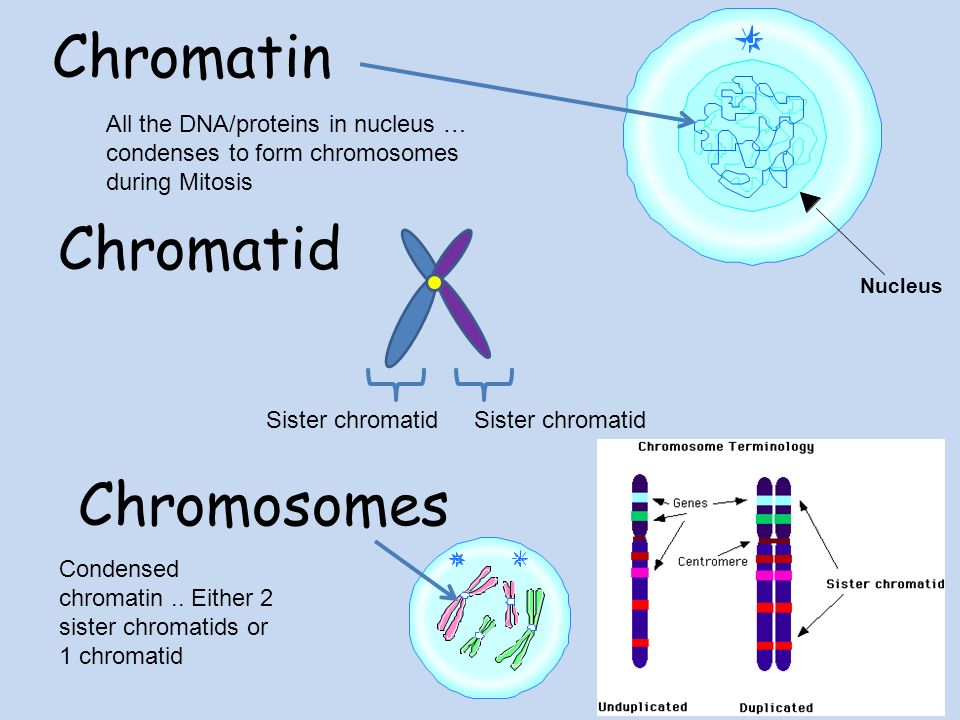 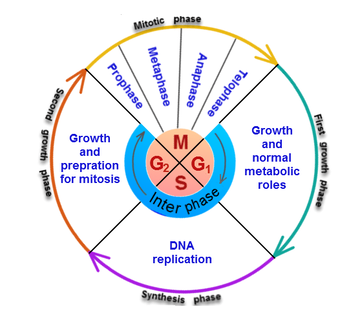 The cell cycle is the period that goes from the moment the cell has just been formed (from the division of the mother cell into two), to the point where the same cell divides in two daughter cells.
​The period when the cell is not dividing is called interphase. Therefore, the cell cycle consists of two successive mitotic divisions alternated with a much longer interphase or growth period. Interphase consists of three periods of growth, the first period is called G1, followed by the S phase, during which the chromosomes replicate; and the last part of the interphase is called the G2 phase. This is followed by cellular division (mitosis divides the nucleus and its chromosomes, and cytokinesis divides the cytoplasm, producing two daughter cells). ​
The cell cycle has 2 main stages:
Interphse: where the cell grows, carries out metabolic processes and prepares for cell division
Mitotic phase: Where the cell splits to make 2 new cells
Mitosis models
TASK
Draw a labelled diagram of the cell cycle.
Explain what happens during each stage of the cycle.

TRUE OR FALSE
1.. Mitosis is when the cell divides.
2.. 3 new cells are produced after cell division
3.. During interphase the cell grows and divides
4.. Checkpoints ensure the cell is working as it should.
5.. Cancerous cells go through the cell cycle more slowly than normal cells.
6.. Chemotherapy targets cells which divide rapidly.
7. Cells are in mitosis for about 90% of their lifetime.
8.. Cancerous cells do not go through the checkpoints of the cell cycle.

To practise with problems on genetics the following pages could be of help:
LINK 1
LINK 2
LINK 3

Or have a look at these animations to practice with the punnett squares:
LINK 1
LINK 2