What affects the rate of a reaction?

Whether it is Mr Daniels wanting his cup of tea quicker in the mornings, Mr King preparing his paella or Mr Canning repairing his surfboard, understanding how to speed up or slow down chemical reactions can be very helpful. Will the sugar dissolves faster if Mr Daniels uses sugar-cubes or powder?

How do substances react?

As you learnt last year in the kinetic theory and the changes of state, molecules are always in motion. If molecules collide (hit) each other, they can react. So, they must be in contact to react and the more energy they have the faster the reaction can happen. Can you remember how we measure the energy a substance has?


Temperature is a measure of how much energy molecules have, therefore the higher the temperature, the more collisions between molecules can occur and so the faster the reaction! 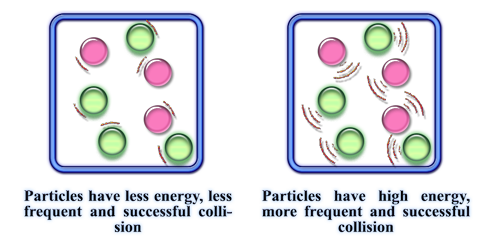 (Chemactive.com, 2015)
What other factors can increase the rate or reaction?

Well, if we keep thinking about molecules moving around and crashing into each other, the more of them there are, the more collisions there will be and so the faster the rate of reaction. That is, if we increase concentration the faster the reaction will happen.

(Chemhume.co.uk, 2015)
If we squash the molecules closer together, the higher the chance they will collide. SO if we increase the pressure, the more collisions so the faster the rate of reaction. 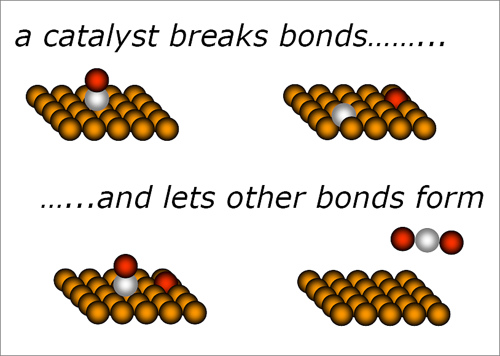 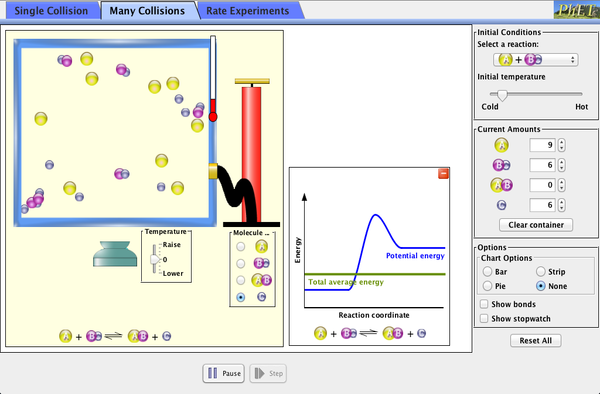 Chemguide.co.uk,. (2015). The effect of surface area on rates of reaction. Retrieved 8 July 2015, from http://www.chemguide.co.uk/physical/basicrates/surfacearea.html