Unit 1: What do scientists do?

Global concept - Scientific and technical innovation - How does having a standardised system of units affect our lives? Is it important for people in general to understand the scientific method?
Unit 1 KEYWORDS

2. Making a hypothesis
A hypothesis tries to answer the question. it needs to be a specific prediction that can be tested. You should give a reason for your prediction.
A hypothesis must be falsifiable, this means that it is possible to prove it is incorrect. A hypothesis that is not falsifiable is not scientific.

Bad hypothesis: If I change the amount water it will affect the plant. because water is important.

Good hypothesis: If I give the plant more water, it will grow taller because the plant will be able to do more photosynthesis with the extra water.
3. Identify the variables
Independent Variable: What you change in the experiment.

Dependent Variables: What you observe/measure, to see the effect of the independent variable.

Control Variables: Things that need to be kept the same to make it a fair test. 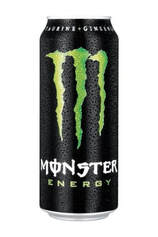 TASK 2. Identify the Variables and Conclusions

1. Mr Rouf thinks that a special juice will increase the productivity of students. He creates two groups of 50 students each and assigns each group the same task. Group A is given the special juice to drink while they work. Group B is not given the special juice. After an hour, Mr Rouf counts how many sentences each group has written. Group A wrote 158 sentences, Group B wrote 213.
Identify the:
a Hypothesis
b Independent Variable
c. Dependent Variable
d. What should Mr Rouf's conclusion be?

2. Ramiro notices that his shower is covered in a strange green slime. His friend Barney tells him that coconut juice will get rid of the green slime. Ramiro decides to check this this out by spraying half of the shower with coconut juice. He sprays the other half of the shower with water. After 3 days of "treatment" there is no change in the appearance of the green slime on either side of the shower.
a. What was the initial observation?
b. Barney's Hypothesis
c. Independent Variable
d. Dependent Variable
e. What should Ramiro's conclusion be? 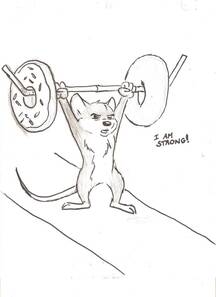 3. Tony Stark believes that mice exposed to radiowaves will become extra strong (maybe he's been talking to the Hulk). He decides to perform this experiment by placing 10 mice near a radio for 5 hours. He compared these 10 mice to another 10 mice that had not been exposed. His test consisted of a heavy block of wood that blocked the mouse food. He found that 8 out of 10 of the radiowaved mice were able to push the block away. 7 out of 10 of the other mice were able to do the same.
Identify the-
a. Independent Variable
b. Dependent Variable
c. What should Tony's conclusion be?
d. How could Tony's experiment be improved?

Your ​experiments should generate data that you can write down. A good place to write your data first is in a table, so it is organised and you might be able to see a pattern.
If you have your table prepared before you start your experiment it will be much easier in the lab, and you can check you are using the correct units, so make sure you write them in the table!
Revision sheets for Unit 1
Download the Unit 0 notes HERE