Unit 2 - The Earth in the Universe

Download Unit 2 notes HERE
Key concept - Systems - How do different systems interact on Earth, in the solar system and in the universe?

Related concepts - Models and environment - How can we use scientific models to explain events and predict future events?

Global concept - Orientations in time and space - Why is the position of Earth in the solar system essential for our survival?
Unit 2 Keywords
Task guide
The tasks and questions on the Weebly will be coloured to represent the different style of questions that you will find in your exams. The task should be completed in your "Natural Sciences" GoogleDrive document.

Theories of the Universe

After it had been proved that the earth was a sphere, the next problem was to work out where it was in space and how it related to the bodies in the solar system. Two main theories were formed:

THEORY 1 - The first well known theory of the universe was described by Aristotle in 384 B.C. and then developed by Claudius Ptolemy in 100 A.D.

This theory states that The Earth was the centre of the universe and all the planets, The Sun and the stars rotate around it. This is called the geocentric theory because the prefix "geo" is to do with The Earth.

THEORY 2 - Over 1000 years later, Nicolas Copernicus developed the heliocentric theory. This states that the Sun is at the centre of the universe with the planets rotating around it. At the other stars are around the outside but not moving.

Galileo Galilei and Johannes Kepler verified it with other observations. (You do not need to know the names of the scientists)

Task 1a
1. How many words can you think of beginning with "geo"?
​2. How could "helio" be related to the sun?
3. Why was the heliocentric theory unpopular at first?

Extension: Imagine you are Nicolas Copernicus and write a letter to convince your fellow Scientists about your observations.
Task 1b: Changing our minds: Geocentric vs Heliocentric Theories
Task 1b extension: Use these comic templates to tell the story of Galileo's discoveries.
OR
Design your own comic. 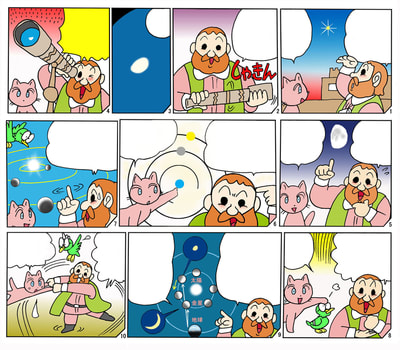 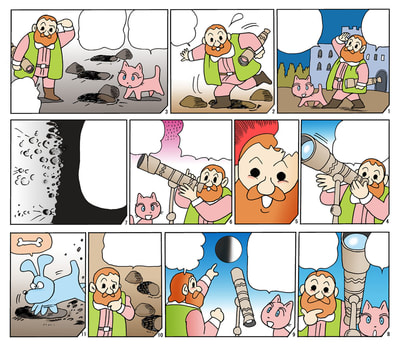 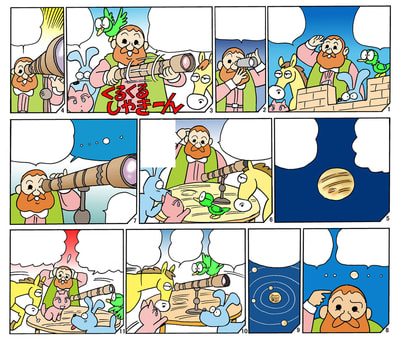 Task 1c: Complete the pratice exam questions below:
ACTIVITY:
DESIGN A POSTER OF THE SOLAR SYSTEM WITH THE SIZES OF THE PLANETS IN SCALE (THE DISTANCES BETWEEN THEM YOU CANNOT DO IN SCALE)
1. USE THIS CALCULATOR TO CALCULATE THE DIAMETER OF EACH PLANET
2. DESIGN A POSTER IN WHICH THE PLANETS ARE IN SCALE IN RESPECT TO THE SUN AND ADD INFORMATION ABOUT THE PLANETS (DENSITY, ATMOSPHERE, GRAVITY, TEMPERATURES, LENGTH OF DAYS AND YEARS ETC., AND THE DISTANCE BETWEEN EACH.
Task 1d: Criterion C practice: Use the information below to create a scatter graph about the distances of each planet from the Sun and the surface temperatures that they have.
Under the graph write a conclusion using the following questions to help you:
This suggests that there must have been some kind of explosion which created the universe from a single point. We call this The Big Bang. Click on the photo above to see a video showing the futhest stars that we can see. They are 13 billion light years away!

What can we find in our Universe?

Task 1h: Copy and paste the images below next to the correct name in your NSD, in order of size. Start with the smallest!

How big is the universe?

The movements of the Earth

Task 1j: Research challenge!!! Find a photo (and name of) of the following:Extension questions: Use the map to state which of these countries lie on the equator: Venezuela, Gabon, Tanzania, Indonesia and Hawaii.

How does the orientation of the Moon affect us on Earth?

Can you state any phenomena on Earth that are caused by the Moon?

A satellite is an object that has an orbit around something else. For example, the Earth is a satellite of the Sun. The Earth also has its own satellite that we call The Moon.

The moon was created by a collision between 2 planets that caused one large piece of debris that became the Moon. The rest of the debris reformed the planet we now call Earth.

Extension: Which gases in the Earth´s atmosphere are most important for life? Why? Do any other planets have these gases in their atmospheres?
The Moon revolves around the Earth once every 28 days. It also rotates around its own axis once every 28 days.
Interactive simulation - The movements of the Moon
As the Moon does not produce any light, we can only see the part of it is reflecting the Sun´s light. This means that we see a variety of shapes as it revolves around Earth.

The phases of the moon 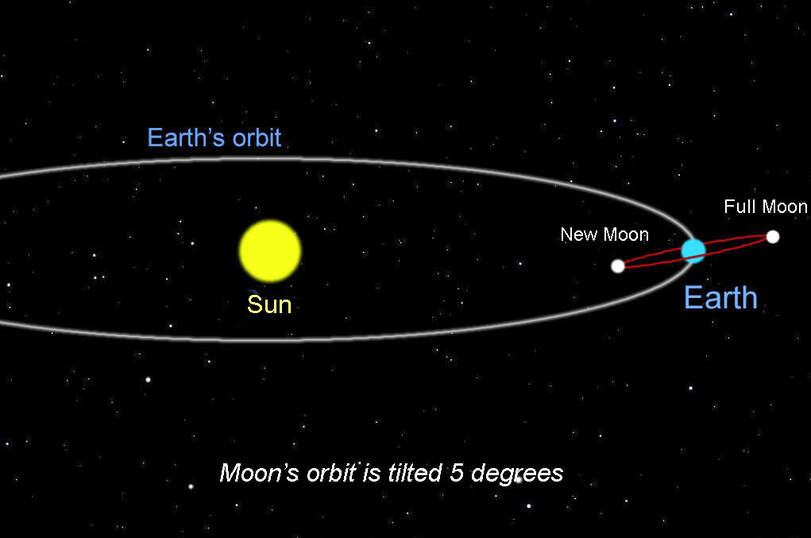 Demotix,. (2015). Water pollution in the Buriganga River of Bangladesh. Retrieved 24 June 2015, from http://www.demotix.com/news/4253788/water-pollution-buriganga-river-bangladesh

Ezizka.net,. (2015). Introductory Astronomy on the Internet, Topic 1 in Lesson 8. Retrieved 25 June 2015, from http://www.ezizka.net/astronomy/lessons/topicslesson08/topic01lesson08.htm