Key concept - Change- How do the compositions of solution relate to their properties?

Global concept - Globalisation and sustainability - In what ways does improving knowledge of chemical reactions impact our goals of global sustainability?

Task 3a: Complete this online pre-knowledge quiz:
Are you part of the solution? » Create your own Personality Quiz

Colligative properties are properties of solutions that depend only on the number of number of particles of solute and solvent in the solution, not the nature of the solute. (Bodner, 2014)﻿

For this reason we must have a good understanding of different ways of representing the number of solute and solvent particles present. These representations are called concentrations.
Concentrations are used to describe how much of a solute is present compared with the amount of solvent or solution.

We will see 4 units of concentration used in the topic of colligative properties (and some variations using these units).


You will be required to interconvert these units, for example: Convert a concentration of 40 g/L of NaOH solution into molarity (mol/L):

For a liquid to boil, the vapour pressure of the liquid must overcome the external air pressure. When this happen it allows all molecules in the liquid to vaporize and hence, we see bubbles. 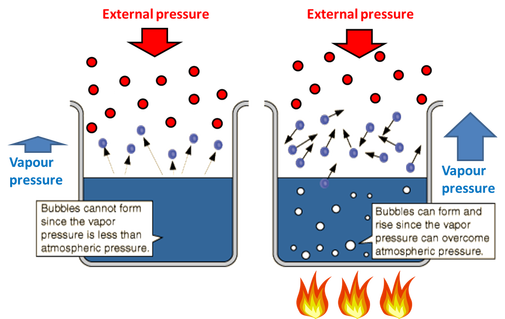 Raoult´s Law states that adding a non-volatile solute to a solvent will always decrease vapour pressure. If we apply this to boiling points then we know:
Experimentally, we know that the change in boiling point of the solvent above a solution from that of the pure solvent is directly proportional to the molal concentration (molality) of the solute:

Note: the ebulloscopic constant, Kb, has a specific value depending on the identity of the solvent. You do not need to learn these: 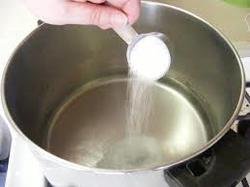 ​Extension: Why do we often add salt to water before cooking things? 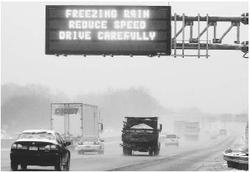 In the opposite manner to boiling point elevation, the freezing point of a solvent will always decrease when we add a solute. The process of freezing requires particles of a liquid to form a regular structure (as shown in the diagram below). This occurs by removing energy from the particles until they can form this regular structure. 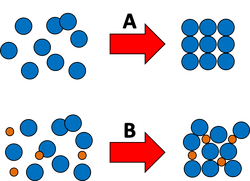 ​
With a pure solvent, this process occurs relatively easily as all of the particles are of the same size and shape as each other.

However, if we add a solute to the liquid, it becomes more difficult for the particles to form a regular structure and therefore we must cool the solution more than normal (remove more energy)  to acheive a solid state.
This relationship is represented in the following equation:
ΔFP = Kc x m
Δ​FP is the depression in freezing point (always a decrease) of the solution,
Kc is the cryoscopic constant
m is the molality of the solute in the solution.

Note that the cryoscopic constant, Kb, has a specific value depending on the identity of the solvent. You do not need to learn these:
Kc for water = 1.86 ºC kg /mol

IMPORTANT POINT: Why can we use ºC or K with BP elevation and FP depression?

​With the two equations above we are talking not about temperature alone but change in temperature. As the gaps between the units are the same, a change of 10 ºC (for example) is equal to a change of 10 K. This is shown in the diagram to the right where a difference of 100 units is the same in both degrees (0-100 ºC) and kelvin (273-373 K).

3a.4 ​Vapour pressure and Raoult´s Law 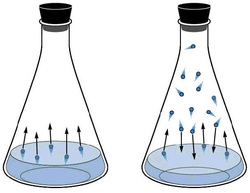 If we take an Erlenmeyer flask with some water and remove all of the air inside, due to the Maxwell-Boltzmann distribution, some molecules of water on the surface will have enough energy to vaporize. The pressure caused by this gas is called vapor pressure.

If we dissolve a non-volatile solute in the liquid, we find that the vapour pressure will always decrease. (Non-volatile means that the solute will not itself vaporize and affect the vapor pressure e.g. sugar or salt)
For an ideal solution, with a solvent (A) and one non-volatile solute (B), the equilibrium vapour pressure is given by Raoult's law:
Vapor pressure of solution (P) = Vapor pressure of pure solvent (Po)  x  Molar fraction of solvent (Xo)
As discussed in the defintion of colligative properties, it does not matter what the solute is, only the number of moles is important.
Task 3f:​
1.     At 25 ºC, pure water has a vapour pressure of 3.2 kPa. What is the vapour pressure of these 3 sugar solutions at 25 ºC (First work out the molar fraction of the solvent):
a)     1 moles sugar in 30 moles water.
b)     0.02 moles sugar in 0.06 moles water.
c)     A 4 molal solution. (Hint: how many moles of sugar in would be in 1 kg water? How many moles of water in 1 kg water)
d)    3.42 g sugar (sucrose) in 180 g water.​

Extension:
I dissolve 1 mol of NaCl, MgCl2 and AlCl3 into 3 seperate beakers with 1 L water. Which solution would have the lowest vapor pressure?
Vapour pressure and Raoult´s Law:

The after 24 hours, the eggs are removed and shown below:
Osmotic pressure (π) is the pressure required to prevent this process from happening. It can be calculated using this equation:

π = osmotic pressure, M = molarity, R = Gas constant (0.082), T = temperature
As we know that M = mass (g) / molar mass we can substitute this into the equation to calculate mass or molar mass as well.
Again we see that the nature of the solute does not matter, only the number of moles. (Goldbook.iupac.org, 2014)
Don César´s video questions and answers:
Unit 4a basic knowledge quiz by ProProfs » Make Your Own Quiz @ProProfs

You will then be able to work through each of the three equations until you get the final result. (You may not need all three).

What is the difference between evaporation and boiling?
These 2 processes are both types of vaporisation.
Water boiling very quickly a water container being thrown into lava --> VIDEO
Extension: Why might relative evaporation rates be important to know about chemicals in terms of safety?
Attempt all these questions before we go through the answers:
Practice test:
References:
Bodner, G. 2014. Colligative Properties. [online] Available at: http://chemed.chem.purdue.edu/genchem/topicreview/bp/ch15/colligative.php[Accessed: 7 Feb 2014].