Task guide
The tasks and questions on the Website will be coloured to represent the different style of questions that you will find in your exams. The tasks should be completed in your "Year 8 Science" Team or Word document.

Scientists, make observations and ask basic questions. For example, how big is an object? How much mass does it have? How far did it travel? To answer these questions, they make measurements with various instruments (e.g., meter stick, balance, stopwatch, etc.). Without standardized units, it would be extremely difficult for scientists to express and compare measured values in a meaningful way
To resolve the problem with measures which varied from one person to the other and from one place to the other, the International System of measures (Système International d’Unités, SI) was established. In order to establish the SI system, first of all, they determined the base quantities and the units used to measure them.

Some physical quantities are more fundamental than others. In physics, there are seven fundamental physical quantities that are measured in base or fundamental units: length, mass, time, electric current temperature, amount of substance, and luminous intensity. Units for other physical quantities (such as force, speed, and electric charge) are described by combining these seven base units and are called derived units..
The SI unit for length is the meter (m). The definition of the meter has changed over time to become more accurate and precise. The meter was first defined in 1791 as 1/10,000,000 of the distance from the equator to the North Pole. Later this was  redefined to be the distance between two engraved lines on a platinum-iridium bar. (The bar is now housed at the International Bureau of Weights and Measures, near Paris). In 1983, the meter was given its present definition as the distance light travels in a vacuum in 1/ 299,792,458 of a second.

In Spain we have exact copies of 'Le Grande K' numbers 24 and 3,  in the CEM (Centro Español de Metrologia in Madrid)

The only problem is as the video states; 'Le Grande K' does not have a mass of 1 kilogram anymore, and that is the reason that the SI unit of mass needed to be redifined.
It is now defined in terms of a universal constant of nature to ensure the long term stability of the kilogram.
​The new definition relates the kilogram to, amongst things, the equivalent mass of the energy of a photon given its frequency, via the Planck constant. 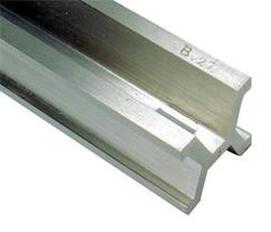 where did this image come from?
TASK 1b.
In your NSD, or in your class paper notebook answer the following questions

1. What is the difference between 'fundamental' and a 'derived' unit? Give an example of each)

2. What is the definition of a second?

Scientific notation is a way of writing numbers that are too large or small to be conveniently written as a decimal. For example, consider the number 65,000,000. It’s a rather large number to write out. To save time when writing we can use powers of 10 to create short versions of long numbers.. The scientific notation for this number is 6.5x107