What gases compose our atmosphere?

Has the atmospheric composition always been the same?

What is atmospheric pollution?

Why does this happen?
​Well, as not all particles have the same kinetic energy, in all liquids at a given temperature, some particles will move faster than others. The faster ones and near the surface have enough energy to escape and turn into a gas – evaporation – As the number of these gas particles increases, so will the vapour pressure. Eventually a point will be reached where the inverse process will take place; gas particles will lose energy and will turn back into the liquid state – condensation - , reaching an equilibrium, when evaporation rate equals condensation rate. At this point the pressure exerted by the vapour is called the vapour pressure.
Boiling point
​
​As temperature increases more molecules are able to escape the liquid, and as a consequence vapour pressure increases and vice versa. When the pressure reaches atmospheric pressure the entire liquid will start to boil. We can therefore say that the boiling point of a liquid is that at which its vapour pressure equals atmospheric pressure. 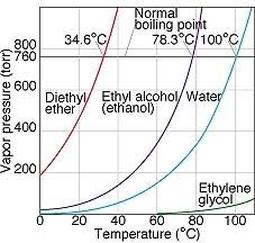 The atmosphere is the layer of gaeses that surrounds the Earth. It protects life on Earth by creating pressure allowing for liquid water to exist on the Earth's surface, absorbing UV Sun rays, maintaining the Earth warm by retaining the heat from our Sun (green house effect) and preventing temperature extremes between day and night. 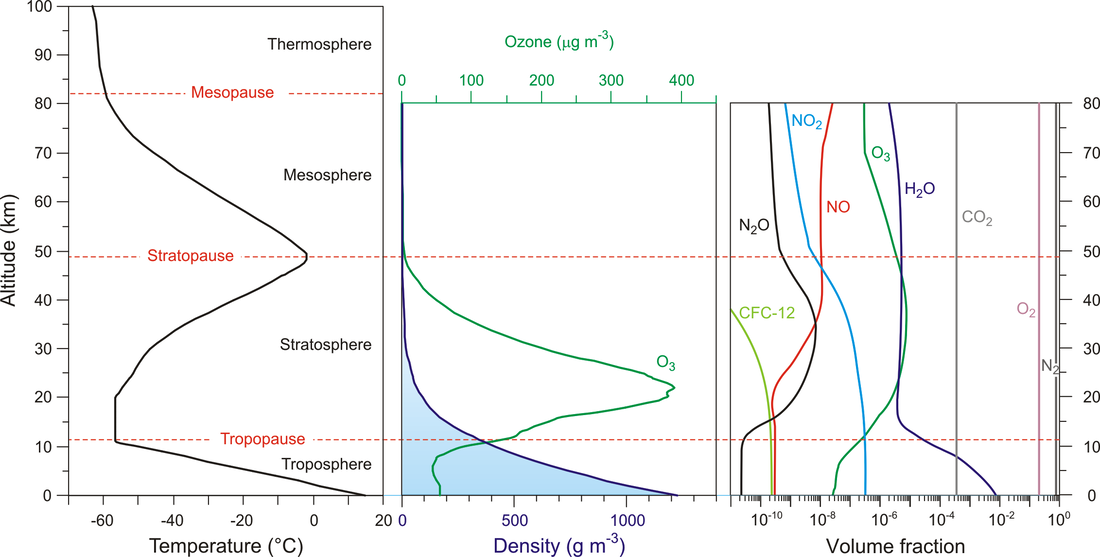