Unit 5a - The Geosphere and the Atmosphere

Key concept - Systems - How do different environmental systems interact with each other on Earth?

Related concepts - Models and environment - How can we use scientific models to explain changes in our environment?

Global concept - Orientations in time and space - Why is the position of Earth in the solar system essential for our survival?
Unit 2 KEYWORDS:

What is the Earth made of?

To fully understand how our Earth works, it is important to know the chemicals that make up the different systems. In science, we organise all of the chemicals into the periodic table (below). Each type of chemical has a name and a symbol.

Task 2a: You will notice that some of the symbols are very different to the names of the elements. This is because the symbols are derived from the LATIN names not the ENGLISH ones.
Practice the names and symbols of the periodic table with this game, click here.

Task 2b:
Extension: This property is responsible for earthquakes. Explain how?

Definition: Minerals are naturally occurring substances with a definite chemical composition and a regular internal structure. Note: Most minerals are crystals, like salt and diamonds.
Friedrich Mohs​

​Believe it or not, in the early 1800’s no one had created ​a system for identifying minerals. So, Mr. Mohs started ​to study the different​physical properties of minerals​as a way to identify them. He noticed that some minerals ​are very soft, others are extremely hard. He also ​observed that harder minerals could scratch softer ​ones.

With this in mind, Friedrich Mohs decided to ​develop a scratch test where he could determine the ​hardness of a mineral.To make his scratch test more ​accurate and helpful, he carefully observed many ​minerals and created a list of 10 minerals that he ​arranged from softest to hardest.​
Task 2d:
Hints: Think about environmental, economic and human issues. 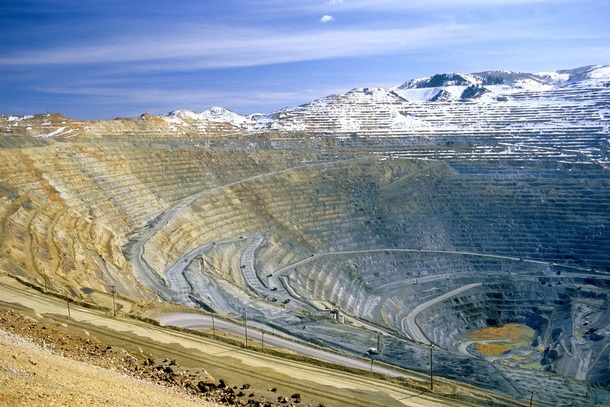 Definition: The atmosphere is the gaseous part of the Earth

The Earth´s atmosphere is essential in providing the conditions for life on our planet. Without it, the average surface temperature would be -20 ºC and the amount of dangerous radiation from the Sun would cause large amounts of damage to living things. We would also have no oxygen to breathe!
All the gases in the atmosphere are made from chemical elements. Oxygen for example, has the chemical symbol O and nitrogen has the symbol N. Carbon dioxide actually contains one carbon (C) and two oxygens.

Atmospheric pollution can be difficult to see because the polluting substances are often invisible and come from many different places.. Air pollution happens when a substance that can cause negative effects to people or the ecosystem gets into the atmosphere.. According to the World Health Organisation, air pollution is responsible for the deaths of around 7 million people worldwide, every year. ​

Both human activity and natural processes can cause air pollution.
Some of the main pollutants are: 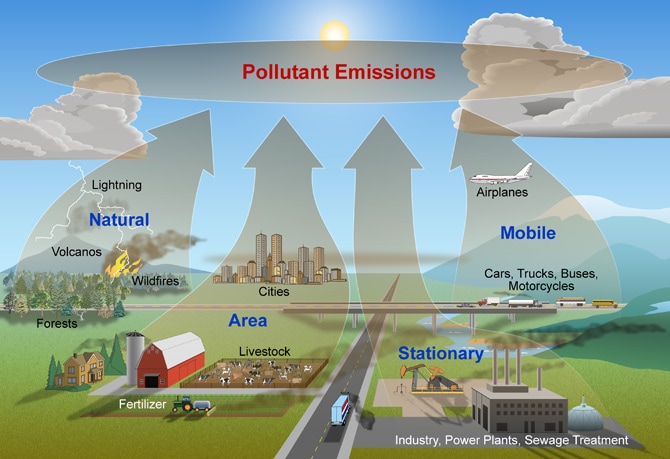 The more greenhouse gases that we release into the atmosphere, the more heat energy is trapped and this causes global warming.

Extension: The amount of heat and light released by the Sun increases and decreases as we saw with the temperature of the Earth. Some scientist argue that this is the actual cause of global warming at the moment. Below is a graph that shows the temperature of the Earth and the energy released from the Sun ("solar activity") over the last 130 years. What do you think? Does the graph explain global warming? Explain your answer.

Skeptical Science,. (2015). IPCC Draft Report Leaked, Shows Global Warming is NOT Due to the Sun. Retrieved 3 July 2015, from http://skepticalscience.com/ipcc-draft-leak-global-warming-not-solar.html