Unit 6b - THE CHANGING SURFACE OF THE EARTH​

Key concept - Relationships- How do differen

The wind and the water are dynamic agents, which are driven by the energy that comes from the Sun. Living beings; animals, plants and microorganisms, are also dynamic agents that change the earth’s surface. Gravity is a static agent which is always present in all the processes carried on by the dynamic agents.

The changes on the earth’s surface is the best evidence of the action of these agents which act with a greater or lower intensity depending on the climate and the chemical composition of rocks.

External Geological Processes
The external geological processes driven by the energy provided by the Sun and gravity are: weathering, erosion, transport and deposition (sedimentation).

Weathering
Rain, frost, and the heating effect of the Sun weaken and loosen the surface of the rock.


We will consider three types of weathering: mechanical, chemical and biological.

This type of action can occur in a number of ways, one example being frost or ice wedging – water seeps into cracks and pores in a rock and freezes, expands, exerts pressure within the crack or pore and causes pieces of the rock to break off.

Erosion, transport and deposition
These materials will be transported more or less distance depending on the agent and on the size         of the
​      fragmented rocks.

3.Deposition (or sedimentation) of the transported materials. It usually takes place in the lower parts of the crust, forming layers of sediments.
​

Rock fragments, formed as a result of weathering and erosion, are transported by rivers, and the fragments get worn down. Small rock fragments are called grains. When the water slows down, some of the grains are deposited at the bottom of rivers, lakes or seas, and form sediment.

Layers of sediment collect on the sea bed, and the bottom layers get squashed. The grains of sediment are forced closer together (compacted) and the water is squeezed out from between the grains. Minerals in the sediment ‘glue’ the grains of rock together (cementation). Eventually, sedimentary rock is formed. The composition of sedimentary rocks varies and depends on the way they were formed. For example, there are different types of limestone – chalk is formed from the shells of microscopic animals, coquina is formed from larger shell fragments and oolite is formed from sediments deposited when sea water evaporated.​ 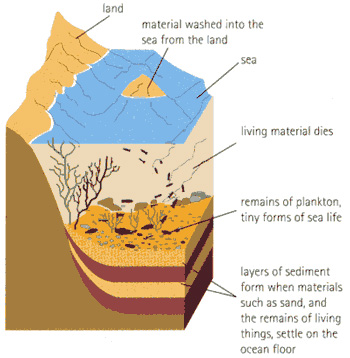 If any animals or plants get trapped in the sediment, they may form fossils.
Igneous rocks

Molten rock is called magma. If the molten rock flows out of volcanoes it is called lava. Igneous rocks are formed when magma cools down.

Lava cools down quite quickly, and forms igneous rocks with small crystals (like basalt). Magma underground cools down much more slowly and forms rocks, like granite, with bigger crystals. 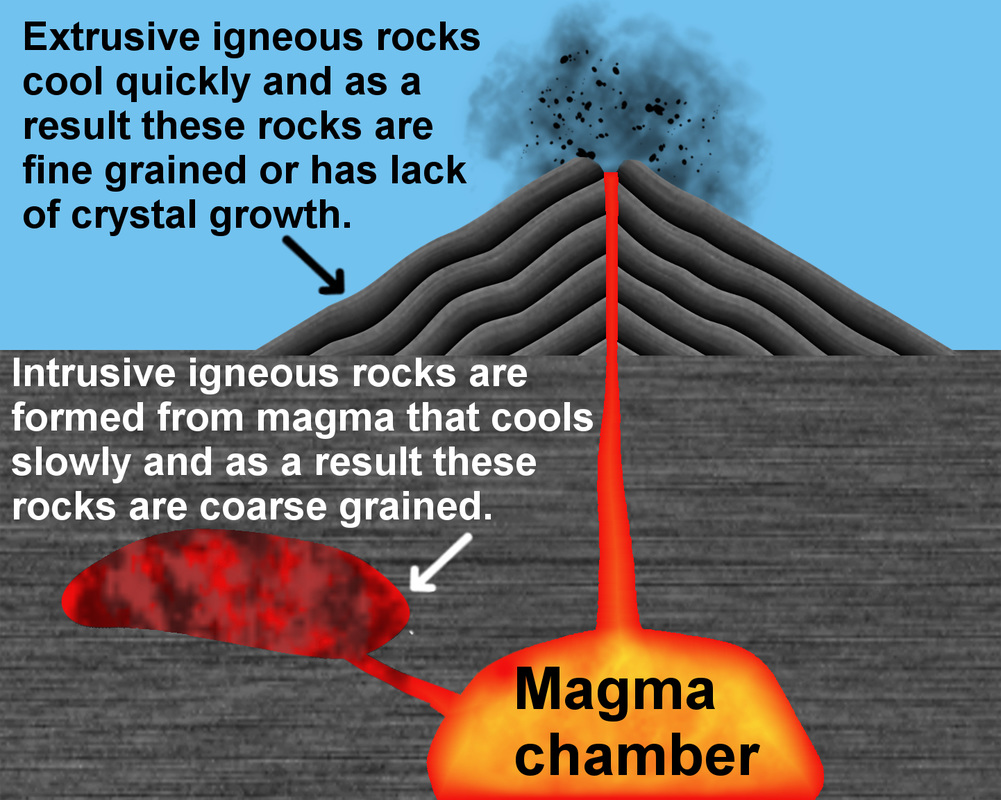 The rock cycle
Click here for an animated rock cycle

The Earth is continually changing. Rocks are weathered and eroded and new rocks are being
formed. The processes which make rocks, weather them and change them are linked together in
the rock cycle 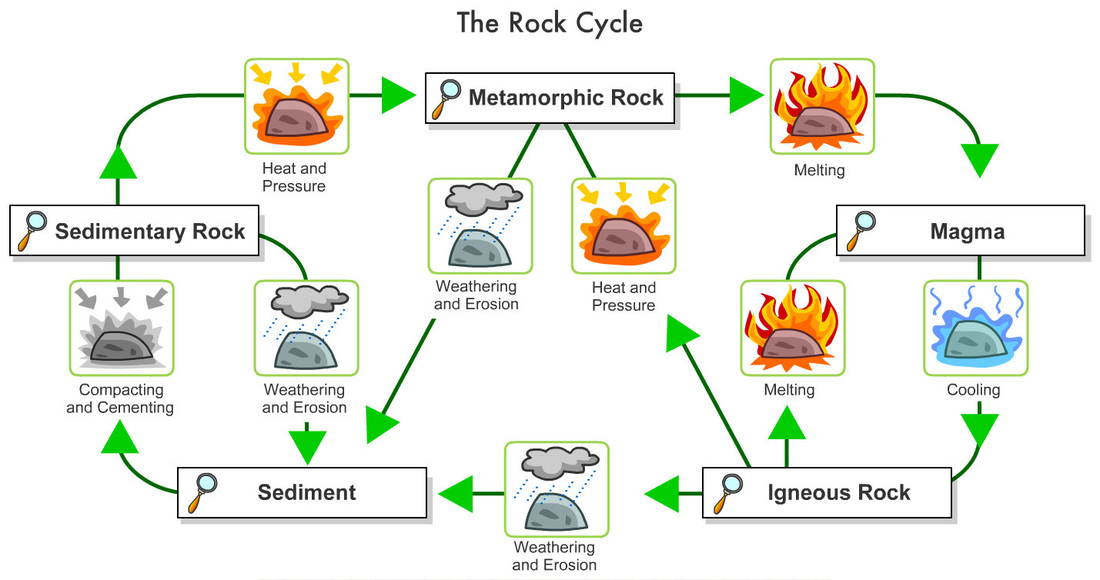 Seismic activity is caused by the movement of the Earth´s tectonic plates.

Tasks:
​
1. Where does the energy to move these plates come from?


2. What effects can be seen on the Earth´s surface?
Download Unit 8 notes HERE